For a long time, people believed that a higher megapixel count resulted in better quality photographs. Some people still believe that, however, this is not always the case. This misconception comes from the fact that smartphone advertisements show the features of a certain phone without explaining anything in-depth.

Comparing the photos taken by different phones shows us that their quality depends on other factors as well, but to understand that, we will have to do thorough research on this topic. So if you are not using your phone only to browse the internet, watch youtube videos or search for bonus codes like bet365 Bonus code, let’s learn a bit about phone camera specs.

Why Megapixel Count Isn’t That Important

Pictures are made of tiny colored dots that we call “pixels”. One megapixel, in this case, contains one million pixels. This means that taking a photo with an 8-megapixel camera results in an image made of 8 million dots. 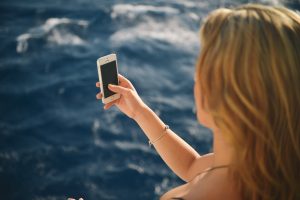 While a photo made of more pixels might have a higher resolution and more definition and clarity, it is not true that the picture itself will be better. Most cameras today have even more pixels than you will ever need. A 1080p HD TV has a maximum resolution of only 2.1 megapixels, so if you take two pictures with a 4-megapixel camera and an 8-megapixel camera, you won’t be able to see the difference on most screens. They are just not designed to show that many pixels.

Even the 4K displays today support only up to 8.3 megapixels, so the only reason why you would buy a phone with a better camera would be if you intend to crop the photos you take.

So, What Is Important?

If you are looking for a phone with a camera that produces great photos, the spec you will want to pay attention to is the pixel size. In this case, “pixel size” refers to the size of the sensors that capture light, and is represented by the number next to the symbol “µm”. 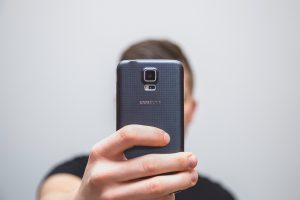 So, how does all of this work? Each sensor on the camera takes one pixel on the photo. A bigger sensor is capable of capturing more light particles than a smaller one, so the colors on a photo are more realistic and look more lifelike.

The other spec you should consider is the camera’s aperture. This spec is represented as f divided by a number, and here, a smaller number is better. Aperture acts like a funnel that collects the light particles and helps them enter the sensors. Again, a bigger aperture collects more light particles and makes the resulting image look better.

In an effort to increase the megapixel count, and attract more buyers, smartphone manufacturers tend to cram more sensors in a smaller space. This can make your photos appear bleak, and reduces the overall quality. Hopefully, after reading this article you are ready to choose the best smartphone camera to suit your needs.